Since 1962, Cascade Rescue products have proven themselves to be the best in the industry – and it all started with rescue toboggans on ski hills. There was a strong desire for a better and easier toboggan than the ones that were common at that time. After several iterations of toboggans through the 1960’s, the products from Cascade Toboggans (later renamed Cascade Rescue) became the industry standard for ski patrollers and rescue professionals. Cascade Toboggan continued to grow and innovate during the 70’s and 80’s and eventually began to expand their product offerings to a growing rescue industry.

Today, Cascade Rescue manufactures and sells rescue toboggans, high incline litters, gondola and chair lift evacuation equipment including cable gliders, as well as over 150 other products for the rescue industry. They operate out of Sandpoint, ID and have an impressive manufacturing facility where they can perform some of the best metalwork in the world while looking up at the local ski hill.

With a similar history, Harken was born out of a need to develop something better than what was commercially available at the time. Brothers Peter and Olaf Harken were avid sailors and began to design and manufacture sailing blocks in 1967. While becoming globally successful in providing high quality blocks, the brothers also expanded and experimented with other products and had a great amount of success building boats as well. 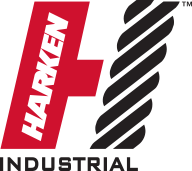 Harken, although originating and still commanding in the sailing world, now has an impressive amount of manufacturing capabilities that are no longer contained within any single market. Harken has group offices around the world and distribution in 48 countries. After 2009, Harken diversified its offerings to include products for work on rope under tension and created a new division, Harken Industrial. Following certification of many of its 'sailing' products for human suspension, which is an appropriately arduous process, Harken Industrial began to translate other technology first born for sailing into unique products for industrial use.

With these three entities – Harken Industrial, Cascade Rescue and Elevated Safety – working closely hand-in-hand, there is no shortage of ambition, innovation, and specialization circulating throughout the veins of the team.