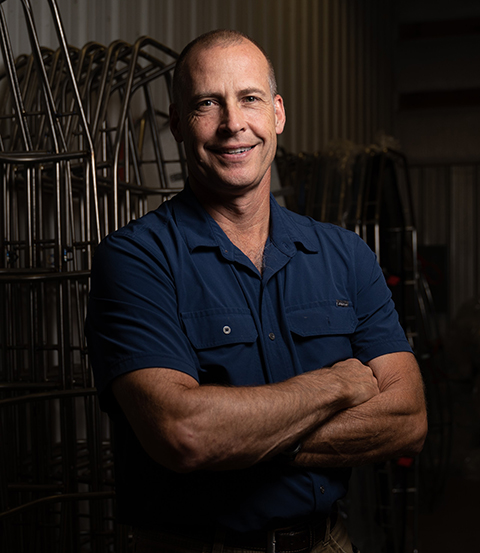 Cascade Rescue  Company manufactures the highest quality, most durable, reliable and technologically advanced rescue gear for those who risk their lives to save others. Whether you are a member of a Fire Department, Ski Patrol, EMS Unit, Sheriff’s Office or Search and Rescue Unit or Military, Cascade Rescue makes the Rescue Equipment you know you can trust. Since 1962, our products have proven themselves over the years to be the best in the business. Cascade Rescue continues to seek out ways to improve on our existing excellence so that we can provide you with the best gear possible!

Here at Cascade Rescue, we don't aim to be the "do all- have all" for everyone. We specialize in products designed for use by those engaged in the profession of saving lives and helping others, often at the risk of their own lives. If you are serious about what you do, then the gear we provide is the right gear for you!

History of the Cascade Toboggan / Cascade Rescue
The idea for the first Cascade Toboggan originated one Saturday afternoon at Stevens Pass Ski Area in Washington State. Victor Bradley, a volunteer patroller, after having just pulled in his fourth "rescue toboggan" was tired and cold. Vic was filled with a belief that there must be a better way to assist people and the rescue person.

In 1962 Victor developed an aluminum rickshaw style toboggan. The sled was put into use at Stevens Pass. This first device worked better than the sleds available at the time, but was still not serviceable enough for continued use by a patroller who might have to haul in several injured persons in the same day. In 1964, two more toboggans of similar design were created. One was put into use at Stevens Pass, the second was discarded after being destroyed during testing.

In 1965, the first all aluminum toboggan was created. New handles were devised that were easily attached and detached. The handles also had a built in backrest. A brake was installed on the toboggan to allow the patroller better control over the sled. Although it was an improvement on earlier models, this sled was never sold to the industry or the general public.

In 1966, the first all fiberglass type toboggan was manufactured and tested at Stevens Pass. The handle could be folded or made rigid with a locking device. A 30 inch, two way tapered fin was located in the center of the sled to provide stability and tracking. The improvements were great and this sled took on the company name; the first "Cascade Toboggan." A patent was obtained and the new toboggan was advertised in the NSPS Toboggan Round-Up. At this point in time, only six toboggans had been sold by Cascade Toboggan & Rescue Equipment Company. Things started to heat up and by the end to the year, Victor Bradley and his son Robert knew they had a winning product! In 1967, the new "Cascade Toboggan" was demonstrated to 26 ski areas. Thirty toboggans were sold that year. Patrol and Rescue Professionals everywhere were beginning to see the advantages of the improved design and innovations taking place at Cascade Toboggan.

In 1968, further improvements were added to the "Cascade Toboggan." New handles were made of square steel tubing and the back rest was eliminated. Nearly 100 toboggans were sold that year. In 1969, Cascade Toboggan accepted an invitation from the NSP Eastern Division to show the new toboggan at the fall convention at Lake Placid. The new design had overwhelming acceptance and the order volume doubled from the previous year.

In the early 1970's, Robert Bradley became the sole owner of Cascade Toboggan. Many new products were added and numerous design innovations occurred. The name Cascade Toboggan became an industry standard to patrollers and rescue professionals worldwide. Cascade Toboggan continued to grow and innovate during the 1980's.

Today, Cascade Toboggan & Rescue Equipment Company is owned and operated by Dana & Susan Jordan. Relatives of the Bradley family, Dana and Susan continue to grow the company with innovation and quality. The business is located in Sandpoint, Idaho where they manufacture and sell rescue toboggans, high incline litters as well as over 150 other products for the rescue industry. Cascade Toboggans and Rescue Litters are in use at virtually every ski area in the USA as well as in 23 countries around the world.  The company was renamed "Cascade Rescue Company" in 2009 to more accurately reflect the increasing depth and diversity of its products and services.

Our pledge to you is to continue our proud heritage of innovation and bring to you the best products available today. As always, our success depends upon you and your feedback. Your comments, questions and concerns are greeted with the highest regard. Our customers and the people they serve are the most important component to Cascade Rescue.

Thank You for being a part of our success!